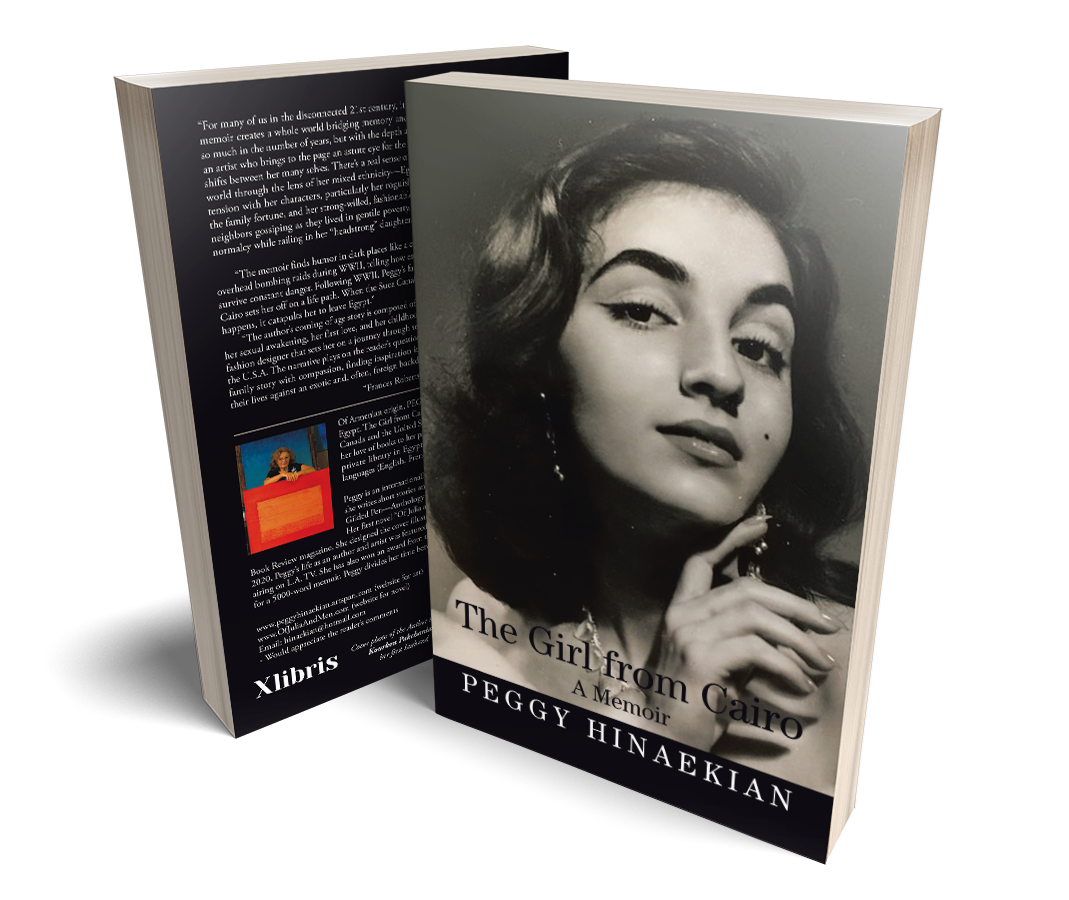 The Girl from Cairo : A Memoir

The memoir is the author’s early life in Cairo, Montreal, Boston and Manhattan, from 1940 to 1963. It is a riveting story of an Armenian girl born and raised in Egypt, her trials and tribulations, her anxieties and desires. She describes her life in Cairo through WWII and two Middle Eastern wars. In her boy-crazy youth, she yearns for a fairy tale life of marrying the man of her dreams.

Email: hinaekian@hotmail.com — would appreciate your comments on my memoir. 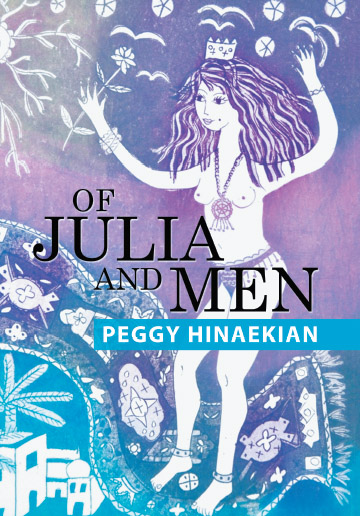 Of Julia and Men

The story of Julia Chamoun, a young Lebanese woman, and her men. After a failed first marriage, she is engaged to Jean Claude, a Swiss banker, and accidentally runs into an old flame whom she had met during a year-end trip to Morocco. A seething love affair ensues, and she is torn between her love for the two men who both want to marry her. The banker offers her a stable future, but she is rather doubtful about a future with the younger Luis. Her exhausting double life goes on for a few months until she falls pregnant unbeknownst to both men. Julia is in a dilemma and, in desperation, turns to her first husband, whom she happens to meet on a trip up the Nile.

The story starts in Egypt and takes twists and turns through Morocco, Europe, and the United States. 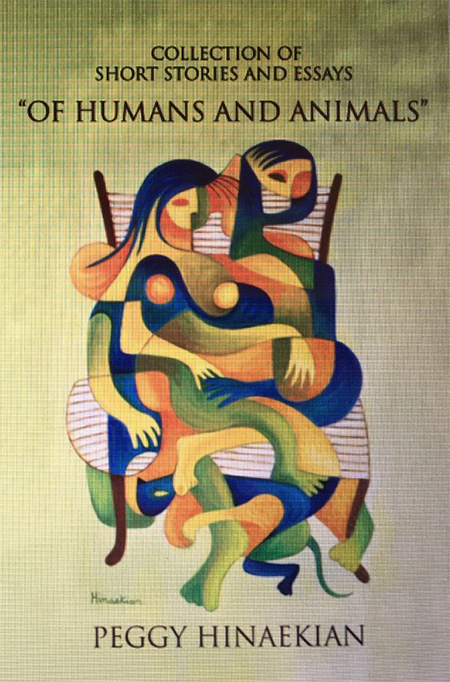 Thirty quirky short stories of life’s experiences interjected with honest yet playful sexual overtones and perception about love and attraction. Peggy Hinaekian’s observations on human behavior are spot on, as she travels the inner thought worlds of a fascinating combination of men, women and even animals. Bravo to Peggy for illuminating the human psyche from a spectrum of viewpoints from Old Word European to modernistic—and a variety of ages. A wonderful tapestry of tales from the heart and soul. 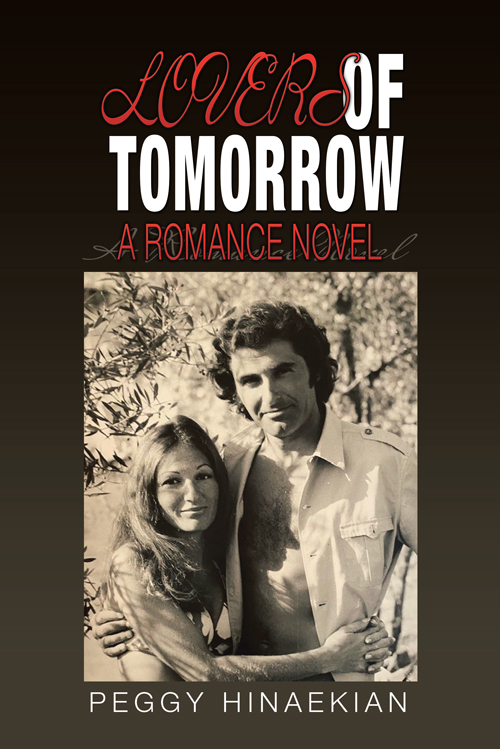 The story of Mina, a young Middle-Eastern woman living in Manhattan in the 1960s with her husband. She works as a Secretary at the United Nations, but has aspirations of becoming a fashion designer.

After eight years of marriage, she divorces her husband and returns to Egypt to visit her family whom she had not seen since the Suez Canal War of 1956.

She meets Shoukry, a pilot in the Egyptian Air Force. She has a torrid love affair. He asks her to marry him but she refuses because her goal is to pursue a career in fashion design in Manhattan.

Miina becomes disheartened with her jobs in the designing field and, on a whim, decides to go to Switzerland where she will have a better quality of life by working for the United Nations.

Her sister and parents join her in Geneva. She meets several men and has affairs with some of them but does not fall in love. She only cares for Shoukry and can’t forget him.

One summer, she goes to the Tuscan coast for vacation with her family.

While dining in a restaurant, she sees Shoukry there with a woman. She realizes that the woman is his girlfriend. She is extremely jealous and contrives to snatch him away and try to restart their relationship.